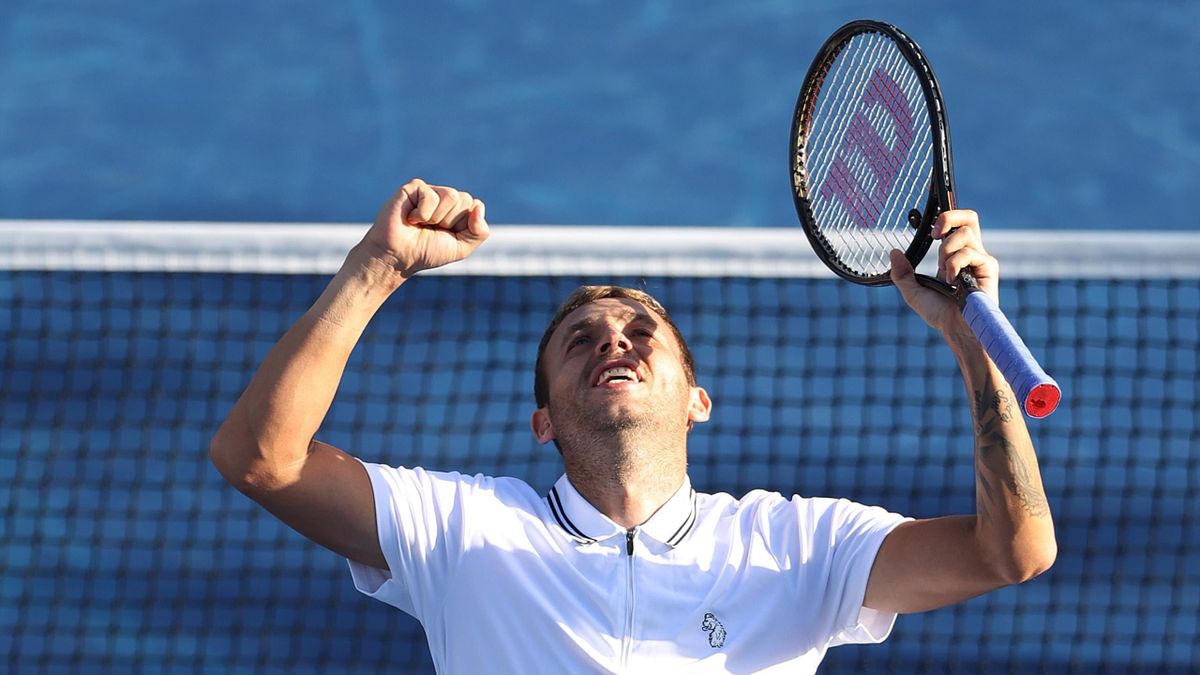 Our quarter-final tips brought further success, with our treble last night coming in for a profit of 3.03 units.

The semi-final line-ups across the two events are also very promising for our podcast accumulators, with all three podcast hosts Sydney outright (Dan Evans) and Charlie’s wildcard (Andy Murray) still in the event in opposite sides of the draw.

The semi-final matches all appear to be fairly tight as far as the bookies odds are concerned, however we at Serving Up Clutch believe there is still value to be found. See our highlighted tips (to try and make it 3 wins in a row!) below:

This all French affair is an intriguing prospect, with a clear difference in game-styles between the two players; with Rinderknech known for his big serving and extreme power from his forehand wing, and Moutet famous for his incredible footspeed and ingenuity demonstrating great capability to create angles and hit drop-shots to trouble his opposition counterparts.

Moutet has had a great deal more time on court than Rinderknech, having had his opening three rounds alongside two further qualifying rounds to reach the semi-finals ths week. Rinderknech by contrast was a direct entry, and subsequently has only had to battle through three main-draw matches – although two of these reached a deciding third set making the equivalent difference fairly unsubstantial.

Alongside the above descriptions of their game-styles, it is worth noting their clear disparity in mental approaches to the sport. Moutet is a strong momentum player, feasting on the ebbs and flows in matches to take advantage; however this can equally be his demise as he can plummet into self-capitulation, as shown last week where he was defaulted for verbal obscenity from his opening round match. Rinderknech is very composed, and rarely shows emotion – opting instead to allow his simplistic tactical approach to dominate proceedings.

This match therefore has a huge possibility for either player to take advantage, and will hugely be affected by the quality Moutet produces, which can always be a dubious factor. There is however, the possibility that regardless of the quality Moutet produces, the strong serving of Rinderknech may be too much – and given Moutet’s clear vulnerabilities on his own delivery, this would provide a huge edge to his compatriot.

As an underdog selection, and given his huge recent surge in performance levels (and massively impressive quarter-final win against Karen Khachanov), Rinderknech can therefore be seen as 1/1 value – providing we continue to see a strong serving performance.

Any British fans will be delighted to see Murray once again into the latter stages of an ATP tour level event; and any long-standing fans of British tennis will know that this sort of match-up is historically Murray’s bread-and-butter.

Opelka standing at 7’0″ tall offers a clear threat behind serve; but unlike many others at his tall height also moves remarkably well, and has been known on occasion to ‘dig-in’ during rallies forcing tension in rallies especially on bigger points (such as in tie-breaks which are a clear possibility when a player has such a dominant serve).

Murray by contrast is one of the greatest returners the sport has ever seen; and when coupled with his remarkable footspeed and capability to pass opposition at net in a number of ways, he has built a remarkable record and reputation at taking down the ‘giants’ of the game.

Both players have recovered from seemingly disappointing tournaments last week, and neither has had a particular differential in court-time this week with Murrays last round ending in a one-set retirement, and Opelka’s matches all being won in straight sets.

Simply put, this match could go either way as any match involving a big server can, and therefore odds of 4/5 are justifiable; however when considering Murrays skillset this should give him a statistical edge, and make the above odds good value.

As probably the ‘match of the tournament’ so far, this meet between Evans and Karatsev is not one to be missed.

Evans is probably the most in-form player on tour when considering these ‘warm-up’ tournaments as our indicator of current performance; however it should be noted that Karatsev has only played this week and therefore is very much still an unknown.

When analysing these two players game-styles, it is important to recognise that whilst both are dominant baseline players (looking to stand up close to the baseline during rallies), they still approach point construction very differently. Karatsev often chooses to use pure-striking capabilities off his backhand wing to deliver flat powerful shots and step inside from there forth, whereas Evans will choose to pin his opposition back with aggressive slice backhands and redirections from his forehand side.

Once again, the odds on this match suggest a close affair at 4/5, which is probably well justified. We however, do believe that Evans holds the edge due to his clear confidence at present and his ability to redirect at pace flatter groundstrokes. Karatsevs flat backhand will also fall nicely into the evans slice hitting-zone, more likely allowing him to gain a footing in neutral baseline exchanges and gain his upper hand via this method.

Despite again the possibility of this match falling the way of the Russian – Evans is a good value selection for the above rationale.

If you have liked the profit from the last two articles, and want to gain more insight into the weeks tennis; give our podcast a listen. Link can be found below:

A full time qualified physiotherapist and tennis player with a keen interest in writing about sport at both an amateur and professional level. Using my knowledge of tennis, I have been writing articles following the ATP for a number of years.

Masters student at the University of East Anglia, Content Producer for Green and Purple, keen player and follower of tennis for most of my life

Everything sport. Tottenham and tennis fan with particular fondness for counter-punchers and left handers, who works in a sports shop by day.