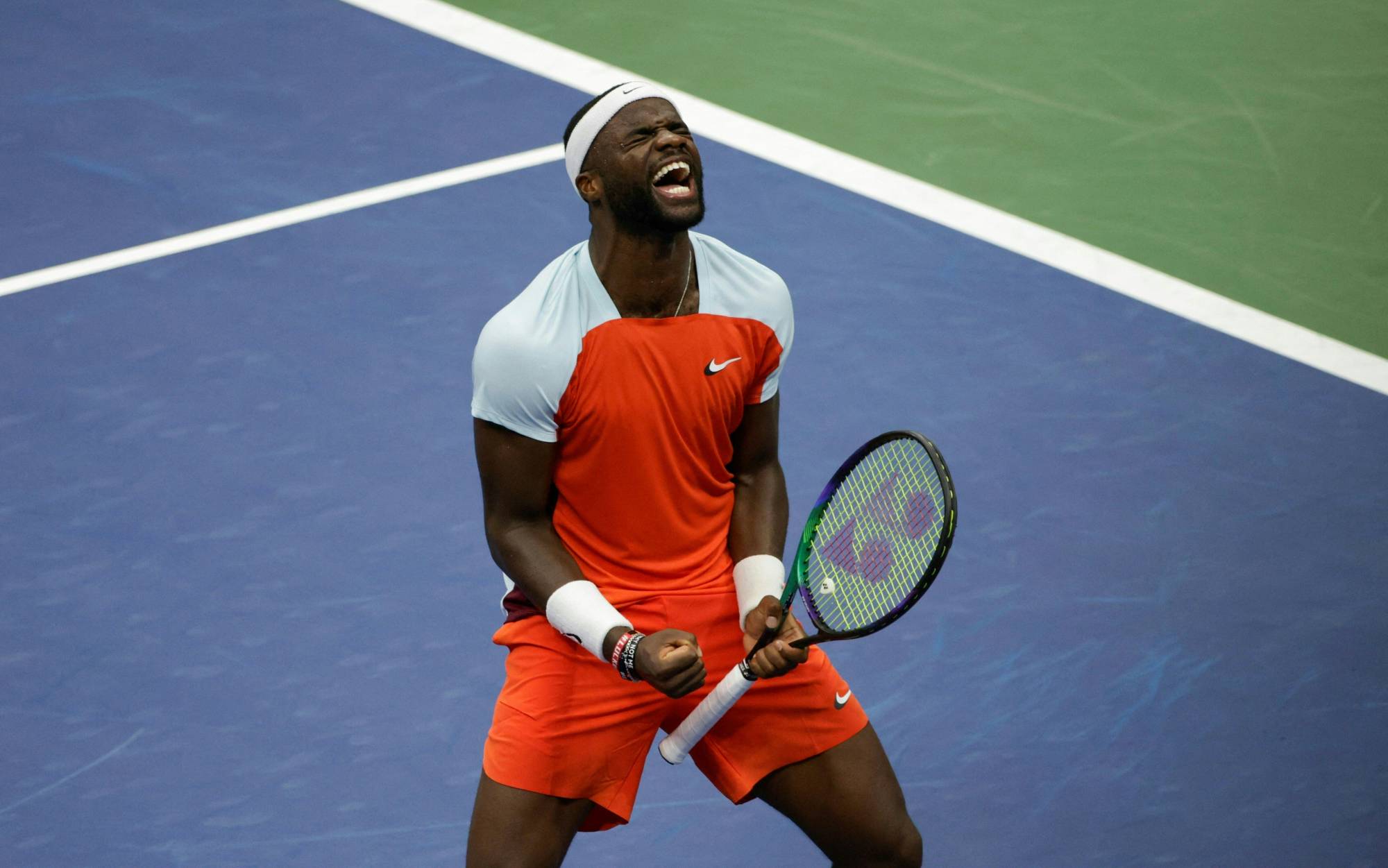 After a very lengthy break in terms of articles, we are back! Unfortunately, our podcast accumulators did not hit the mark: my (Luke) accumulator losing thanks to Davidovich Fokina and Charlie’s losing thanks to Nishioka and Auger-Aliassime. Overall, we had 4 winners (Evans, Shapovalov, Ruusuvuori and Cilic) and 3 losers (as mentioned above). However, me and Charlie both have our Astana outright (Tsitsipas 9/1) and wildcard (Shapovalov 14/1) still alive and kicking! As both events are now into the business end, with most of the big names surviving, we should be in for a high-quality weekend of tennis.

24-year-old Tiafoe has had the best American summer of his career. He showed signs of form, reaching the Atlanta Semi-Finals, pushed eventual champion Kyrgios close in Washington, and beating Berrettini in Cincinnati. He then played an incredible level at the US Open, beating Nadal and Rublev, and was only beaten in the Semi-Finals by Alcaraz in an epic five-setter. After that, despite a heavy loss to Djokovic he clinched the Laver Cup for Team World by coming back from the brink to beat Tsitsipas. This form has showed no signs of relenting in Tokyo, as he has beaten Uchiyama and Zapata Miralles in straight sets.

Kecmanovic has had to come through two three-setters to get here. He beat Nishioka who was experiencing what I would call a ‘post-title comedown’ having won the title last week in Seoul. He then saved 6 match points vs Evans in a thriller. The Serb impressed many by making back-to-back Masters Quarter-Finals in Indian Wells and Miami at the start of the year, beating Cilic, Berrettini, Auger-Aliassime and Fritz, but has not hit those heights since. He has been unable to keep consistent depth or create angles off either side, leaving him vulnerable to being hit through by those with big ground strokes. Tiafoe is someone who has demonstrated his accurate big hitting recently, and also has the serve to nullify Kecmanovic’s relatively strong return game, which has been lacklustre recently. I expect Tiafoe’s red-hot streak to continue and would not be surprised to see him end the week with the Tokyo title.

Soonwoo Kwon has had a poor year by his standards, which has seen him drop outside the top 100. He has shown signs of improvement recently however, beating Auger-Aliassime at the Davis Cup and beating De Minaur and McDonald this week. Pedro Martinez managed to snap an eight-match losing streak this week, beating an equally out of sorts Popyrin but then got a fairly impressive win against Munar, coming from a set and 3-0 down. It was a topsy-turvy match, with both players coming up with moments of brilliance followed by moments of futures-level tennis. That will not do against Kwon, a counter-puncher who is very steady from the back of the court, and is able to capitalise on short balls and put the opposition on the back-foot. Playing in Asia and with his superior hard court pedigree, I see Kwon taking advantage of a very winnable 500 level Quarter-Final and getting the win here.

In the last week and a half, despite not playing many high calibre opponents, Novak Djokovic has looked unstoppable. He won the Tel Aviv title without dropping a set, including a 6-3 6-4 win over Cilic in the Final. He has dropped just 6 games in 4 sets against Garin and van de Zandschulp. Khachanov has also been in great form, beating Carreno Busta and Kyrgios to reach the US Open Semi Finals. He has continued that this week, taking out big-servers Cressy and Cilic. A very different challenge faces him next, however. Khachanov has a big serve himself, but often has lapses of concentration, which he cannot afford against the best returner of all time. Furthermore, Djokovic’s ability to keep opponents on the run and rush them have been keys to his success recently and throughout his career, two things Khachanov really struggles to play against. Khachanov has won 1 of their 9 meetings: the Paris Masters Final in 2018 when his tennis was on another planet. In their other 8 matches, the Russian has won just one set, and that was in Belgrade this year on clay, when Djokovic was returning to the tour after many months out. After losing the first set, Djokovic destroyed him 6-1 6-2 in the final two sets. I expect Djokovic’s dominant tennis to continue as he looks to finish a very weird year for him on a high.

It has also been a weird year for Daniil Medvedev, who has not looked himself for large parts of the season since the Australian Open Final loss. However, he has looked impressive this week in Astana, completely outplaying Ruusuvuori in a 6-3 6-2 win and beat Ramos-Vinolas 6-3 6-1. Bautista Agut also impressed by beating Auger-Aliassime in the First Round this week, and then beat Kotov.

This matchup is interesting as both players hit unusually flat groundstrokes, and when at their best can switch from defence to attack in an instant. The head to head is not good reading for Medvedev, he trails 4-1, however I think this time he will get the win. He looks motivated this week, and somewhat has a point to prove after a disappointing year and losing the world number 1 ranking. The Russian’s serve is a key weapon, and it has been firing so far having faced just two break points across the two matches he’s played so far. A tactic he used to great effect against Ruusuvuori was to give him no pace, and let the Finn try to hit winners and ultimately produce errors, and Medvedev’s passing shots were absolutely spot on whenever Ruusuvuori approached the net. Bautista Agut is happier when the ball comes at him with pace, as he is very good at redirecting it off both wings, so I think this tactic employed effectively could be the key to winning this match for Medvedev.

Nick Kyrgios has been a revelation this year, a seemingly new-found motivation has seen him play some stellar tennis: reaching the Wimbledon Final, winning Washington, and a Quarter-Final appearance at the US Open beating Medvedev along the way. His tennis is the most complete it has ever been at the moment: serving well, hurting opponents off both the forehand and the backhand, volleying well, even moving fairly well. A former champion here in 2016, he beat Tseng with ease then was in trouble against Majchrzak, but was able to recover from a set down to advance. Taylor Fritz’s preparation for this event has been far from ideal, he had to quarantine in Seoul last week and only arrived in Tokyo on Tuesday. He has also had back-to-back three setters against Duckworth and Moriya in two days. He will have to be on top form to trouble a fresh Kyrgios here. He took advantage of a tired Kyrgios in their only prior meeting a few months ago in Cincinnati, but I think it will go the other way this time. The Australian has too much to his game that will trouble Fritz in my opinion, his ability to keep the ball low will not allow Fritz to play the front-foot tennis that he enjoys (this was evident when an injured Nadal beat him at Wimbledon), and he isn’t the best returner, so will have to hope for a lapse in concentration to have a chance at breaking Kyrgios, which are becoming less frequent than before. Fritz is capable of playing a very high level, but I don’t think Kyrgios will allow him to, making 4/7 worthwhile odds here.

A full time qualified physiotherapist and tennis player with a keen interest in writing about sport at both an amateur and professional level. Using my knowledge of tennis, I have been writing articles following the ATP for a number of years.

Masters student at the University of East Anglia, Content Producer for Green and Purple, keen player and follower of tennis for most of my life

Everything sport. Tottenham and tennis fan with particular fondness for counter-punchers and left handers, who works in a sports shop by day.